It appears that Todd Virus aka Mechavirus is going all out with preparations for next week’s New York Comic Con, with the reveal of an insane batch of Splurrt’s highly sought after Mecha Brain Cadaver Kids, alongside a whole hoard of Rampage Toys sofubi! Featuring an incredible one-off Mecha-Manotaur, Mecha-Ugly Unicorns, Mecha-Zou Chans, plus an as-yet unrevealed Cyclops Dinos run, each figure has been treated with Mechavirus’ signature blend of found objects and super-slick Monster Kolor sprays… No news as to when or where they’ll be available, so your best bet is to keep track of the Mechavirus twitter feed for further updates next week. 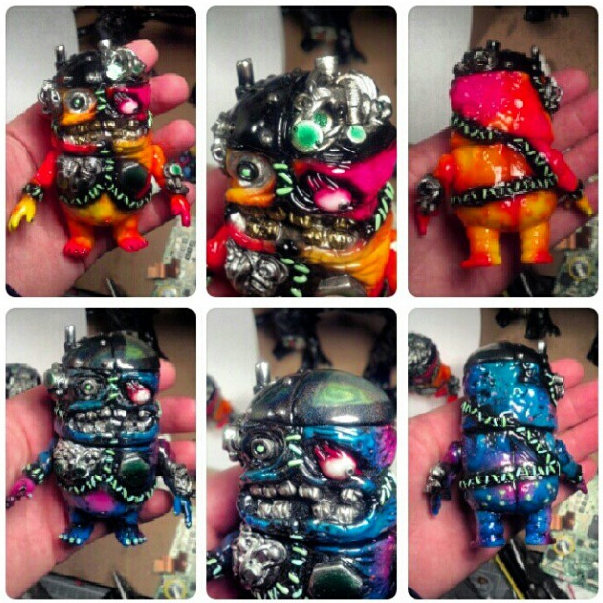