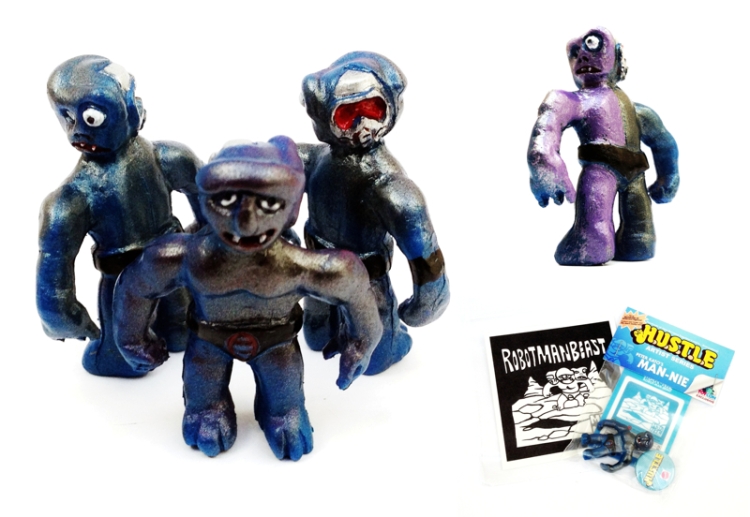 Originally revealed way back in November as part of our H.U.S.T.L.E Artist Series, Peter Kato‘s Man-Nie exclusive unfortunately got held back due to time restraints on the project… Well we’ve most definitely not forgotten the little guy, instead preparing him for the ToyCon UK release he deserves! The only figure not to be produced by series creator Tru:Tek, Man-Nie has been cast by Peter in a deep blue resin with silver sprays and black/red/white detailing, replete with super-rare ‘purple monster’ chase (pictured). Limited to just 13 pieces, each figure comes packed with H.U.S.T.L.E button, full sized laminated stat card and mini art print for just £10… Stay tuned for the ‘when and where’ soon!